Here is our insider guide to what’s on in Amsterdam, Netherlands during April 2023. There’s normally lots going on in the city and whilst the weather can vary there should be a few good, sunny days. The month ends with the King’s Day celebrations…

It is recommended visitors buy a ticket and time-slot online in advance.

STRAAT – A unique experience. The world’s biggest street art and graffiti museum in a 8,000 square metres warehouse at NDSM wharf and showcasing some 150 artworks, all made on-site. Book your STRAAT tickets here

Our House – A brand new museum of electronic music culture in the centre of Amsterdam. Explore the evolution of dance music via interactive installations. Book Our House tickets here

Rijksmuseum – The Rijksmuseum’s rich collection (including Rembrandt’s Night Watch) is a must-see in Amsterdam. Vermeer, the largest exhibition ever of paintings by Johannes Vermeer (1632-1675). Runs 10 Feb to 4 Jun 2023. Book Rijksmuseum tickets here

Rijksmuseum Schiphol – Amsterdam airport hosts a small selection of works from the Rijksmuseum collection. The museum is located on Holland Boulevard (between Lounges 2 and 3 in non-Schengen departures) and is open 24 hours a day to passengers. Free entry

Museum of the Mind (Outsider Art) – This museum at the Hermitage showcases extraordinary art by unconventional artists who have not been formally trained. 31553580 (obsession) for Numbers & Schematics, exhibition about the world of logic, art and structure. Runs 22 Sep 2022 to 27 Aug 2023.

Sport in Amsterdam and Netherlands (April 2023)

NN Rotterdam Marathon – This big marathon event in the Netherlands normally attracts over 20,000 competitors including a field of world-class athletes. The 42nd edition is scheduled for 16 Apr 2023.

Korfball:
League Finals – Ball sport (kind of netball-basketball cross) invented in the Netherlands. League finals day will be some time in April 2023, to be announced.

Tulp Festival – This festivals brings displays of tulips across the entire city during the month of April 2023.

Kaboom Animation Festival – Cutting-edge films from experimental art-house to colorful stories for families and kids. To be held in various cinemas in Amsterdam and Utrecht – in early April 2023.

Check out our complete festival calendar for Amsterdam

International Amsterdam Motor Show – The biggest motor show in the Netherlands to be held at RAI Amsterdam over 6-10 Apr 2023.

IAMExpat Fair 2023 – One-day event connecting the expat community with various stands, workshops and presentations. Should be held in early April 2023, date/venue to be announced.

Boom Chicago – Comedy and improv shows in English playing at Rozentheater on Rozengracht.

Other Events in Amsterdam and Netherlands

Sunday Market – Sunday market at Westergas with a mix of fashion, design, arts, food and kids stuff. Date to be confirmed.

Museum Market – Museumplein hosts this Sunday market with arts and crafts, food and music. Date to be confirmed.

King’s Day 2023 – Koningsdag 2023 is the Dutch national holiday to be held on Thursday 27 April 2023. Following the abdication of Queen Beatrix in 2013 and the inauguration of King Willem-Alexander, the former Queen’s Day celebration has become King’s Day. The date was moved from 30 April, the birthday of the former Queen Juliana to the 27 April, birthday of the current King.

King’s Day is one of the world’s greatest open-air parties – an event everyone should try and experience at least once in their life! Amsterdam goes completely orange crazy with revellers on the streets, in parks and afloat the water. Up to 800,000 visitors used to cram into the centre temporarily doubling the city’s population.

Celebrations actually start the evening before on Wednesday 26 April 2023 – King’s Night (Koningsnacht) – and then continue all of the next day. On King’s Day morning each year the Dutch Royal family (House of Orange-Nassau) do a walkabout visit around a chosen town in the Netherlands which is shown live on state television.

One of the main highlights of King’s Day in Amsterdam is the citywide free market (vrijmarkt). This is where people set up stalls and sell clothes, food, drinks and just about anything else – from plants, old electronics, vintage items, bric-a-brac and a load of old tat. Prices are negotiable which is all part of the fun.

Many Amsterdam residents set up shop directly outside their own houses – days before they mark their territory with tape (“bezet” meaning “occupied”). There are also professional traders and opportunists who take advantage of the tax-free trading.

The free market in Amsterdam officially starts from 0600 on King’s Day and goes on all day until 2000. Bargain hunters should get there early. Note that the city of Utrecht (30 minutes south of Amsterdam by train) starts its free market on King’s Night (26 April) from 1800 – with an authentic and friendly atmosphere, it’s well worth a visit.

For fun and games, children’s clothes, toys and young performers head to the main children’s King’s Day market at Vondelpark (Amsterdam’s main park) which opens at 0900. Other children’s markets can be found (amongst others) at NDSM-wharf, Artisplein, Amstelveld, Bellamyplein, Frederiksplein, Leliegracht, Noorderpark, Rembrandtplein, Sarphatipark and Westerpark.

On King’s Day the festivities continue throughout Amsterdam with the free market, food/drink stalls, concert stages, impromptu street entertainers, party boats and all sorts of weird and wonderful fun.

There are large dance parties planned which are held outside of the centre. These are: Kingsland Festival (RAI Amsterdam), Vunzige Deuntjes Koningsnacht on Kings Night (AFAS Live), Cartel Kingsday (Westerunie), Loveland van Oranje (Meerpark) and Oranjebloesem (Olympic Stadium). Entry is only for ticket holders, no at-the-door sales.

The best way of getting around Amsterdam on King’s Day is on foot – temporary signposts can guide you to areas of interest.

GVB public transport – Ferries, metro and some buses will operate on King’s day with a standard Saturday timetable. You do require a ticket as normal! Trams run a Saturday timetable with some lines running alternative routes and avoiding the inner centre.

Train services run on a special King’s Day timetable so double check with NS Dutch Railways (ns.nl) if planning travel or going to the airport.

If coming to Amsterdam from other parts of the Netherlands by train it is preferable to arrive at Amsterdam Zuid or Amsterdam Amstel station and walk in. Expect Amsterdam stations to be extremely busy with up to a quarter of a million people arriving by train.

Supermarkets do open on King’s Day though hours can be restricted in some branches. Most shops in the city centre will remain closed.

Museums which are open on King’s Day include the Anne Frank House, Rijksmuseum, Stedelijk, STRAAT, MOCO Muueum and Van Gogh Museum. Note that most other museums including FOAM, Maritime Museum, NEMO, Rembrandt House and Tropenmuseum are closed.

Be aware that the city centre can get extremely crowded in some places – expect large crowds to gather on Dam Square and Museumplein. Watch out for pickpockets and be vigilant to new perceived security threats.

King’s Day events are observed all over the Netherlands including Arnhem, Den Haag, Eindhoven, Groningen, Haarlem, Rotterdam and Utrecht. 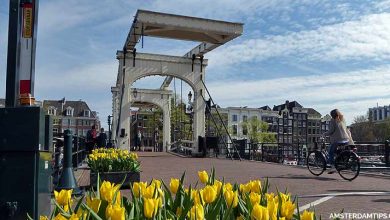 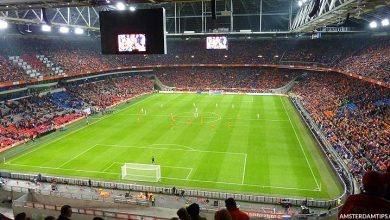 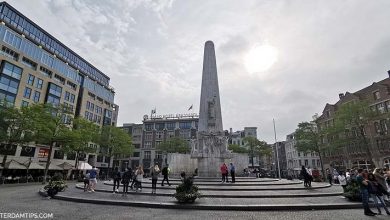 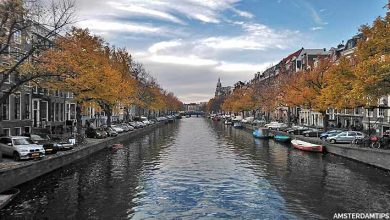 What’s On in Amsterdam October 2022