This is a full listing of the Dutch sporting calendar with a focus on major sports events in Amsterdam and around the Netherlands.

Football (soccer) is by far the most popular sport in the Netherlands. Taking in a match of the Dutch national team (Nederlands elftal) is perhaps one of the great experiences of world football.

Seeing the Dutch fans bedecked in all orange brings back some fleeting memories of the mighty Holland teams from the 1970s and 80s. Johan Cruijff. Total Football. Ruud Gullit. Marco van Basten. Euro 88…

As of late, the fortunes of the Dutch team has been mixed. The Netherlands failed to qualify for both Euro 2016 and World Cup 2018. They were losing finalists in the 2019 UEFA Nations League and reached the last 16 of the delayed Euro 2020 tournament. The Dutch have qualified for World Cup 2022 in Qatar.

The Dutch national team plays most of its home matches at either Johan Cruijff ArenA in Amsterdam or Stadion Feyenoord (De Kuyp) in Rotterdam, with the occasional match at the Philips Stadion in Eindhoven.

Since winning the Euro2017 tournament on home soil, the Dutch women’s team (Nederlands vrouwenelftal) has seen a big leap in popularity.

Dutch League (Eredivisie) matches are normally played from August to May with a winter’s break in early January. AFC Ajax plays its home games at the Johan Cruijff ArenA in Amsterdam.

CPC (City-Pier-City) Run – An annual half marathon event in the Hague. Starting in the city, the flat course takes in Scheveningen beach before heading back to the centre. Next edition is on 12 Mar 2023.

NN Rotterdam Marathon – This big marathon event in the Netherlands normally attracts over 20,000 competitors including a field of world-class athletes. One of the fastest marathon courses in the world, the race begins on Erasmus Bridge with the finish line being on the Coolsingel. Up to a million spectators line the streets of Rotterdam. The 42nd edition is scheduled for 16 Apr 2023.

Amsterdam City Walk – 10, 14, 17, 20, 26 and 33 km walking events held the day before the Amsterdam marathon taking in the highlights of the city. Saturday 14 Oct 2023, the longer walks start from the Olympic Stadium.

TCS Amsterdam Marathon – The Amsterdam’s marathon event will be held on Sunday 15 Oct 2023. The race starts and finishes at the Olympic Stadium.

Gaasperplasrun – 1km, 2km, 5km and 10km runs around the Gaasperplaas, a lake in south-east Amsterdam. Now expected in October 2023.

Olympic Stadium Run – The Olympischstadionloop is a 5km and 10km running event which starts and finishes at the Olympic Stadium in the south of Amsterdam. Expected 13 Nov 2022.

Tennis Events in the Netherlands

ABN Amro Tournament – ATP tennis tour event at Ahoy Rotterdam between 11-19 Feb 2023. A strong field of top 20 players is due at the 50th anniversary edition.

Libéma Open – International grass court tournament (men’s ATP and women’s WTA) at the Autotron Rosmalen near Den Bosch, 1 hour south of Amsterdam. Used as a warm-up to Wimbledon for some players. Expected 10-18 Jun 2023.

Motorsport in the Netherlands

Formula 1 – With the rise of local star Max Verstappen, Formula 1 is seeing record popularity in the Netherlands. F1 has come back to the historic circuit at Zandvoort (near Amsterdam) with races in 2021 and 2022 (being the first since 1985). The next Dutch Grand Prix F1 race weekend will be over 1-3 Sep 2023. Check F1 2023 ticket availability here

Golf Tournaments in the Netherlands

Dutch Open – European Tour event due at Bernardus Golf in Cromvoirt (Den Bosch) over 25-29 May 2023, dates to be confirmed.

Ben Bril Boxing Gala – Ben Bril (1912-2003) was a Jewish Dutch boxer who fought aged 16 at the 1928 Olympics in Amsterdam and later survived deportation to a German concentration camp. This annual boxing and dinner show at Theater Carré Amsterdam is held in his memory. Scheduled for October 2023.

UCI Cyclo-cross World Championships – The 2023 world championships will be held at Hoogerheide in the Netherlands on 4-5 Feb 2023.

Premier League – The invitational Premier League of darts event is expected to return to the Netherlands in spring 2023 at Ahoy Rotterdam.

Jumping Amsterdam – Indoor international equestrian event featuring some of the world’s best show jumping and dressage riders. At RAI Amsterdam on 26-29 Jan 2023, the 2021 and 2022 events were cancelled.

League Finals – Ball sport (kind of netball-basketball cross) invented in the Netherlands. League finals day will be in April 2023, venue to be announced.

Grachtenrace – Up to 140 sloop boats race over a 25km course around Amsterdam’s canals. The race starts near Jan Schaeferbrug (bridge) at IJhaven and the route takes in various canals including Herengracht, Leidsegracht and Singelsgracht. The finish is at Oosterdok by the Maritime Museum. The 36th edition is scheduled for October 2023.

Amsterdam Sevens – Annual international rugby sevens tournament with over 120 teams to be played at the National Rugby Centre in Amsterdam. The 50th edition will be held 2-4 Jun 2023.

Amsterdam City Swim – This charity 2km outdoor swim event in the city features up to 3,000 participants. Scheduled for late August 2023.

Last updated 6 September 2022. This article was first published in 2019 and has been regularly updated. 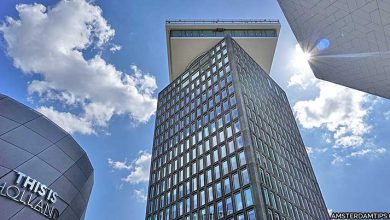 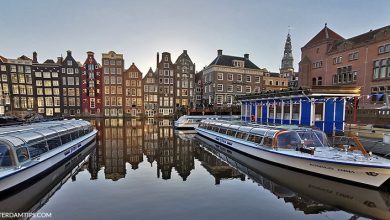 What’s On in Amsterdam February 2023 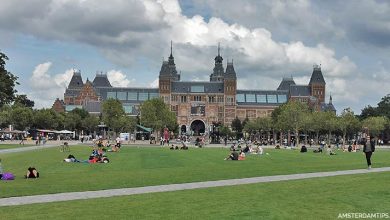 What’s On in Amsterdam August 2023 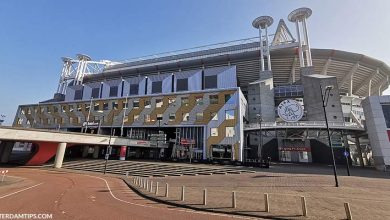 March 30, 2022
Social
About Us
Welcome! Since 2007, AmsterdamTips.com has been bringing up-to-date insider guides to Amsterdam, Netherlands from local experts - helping you to get more from your stay.
Categories
Back to top button
Close