Compared to other developed countries, salaries in the Netherlands are at average levels and probably a bit lower than US and the UK. Income taxes are on the high side unless you get the 30% ruling for expats, which means you only have to pay tax on 70% of your gross salary.

How much will I earn in the Netherlands?

Wages obviously vary significantly depending on employer, position and how much relevant experience you have. Employees in the Netherlands get at least 20 holiday days per year and a holiday bonus month (8% of annual salary) which is paid out in May.

The median gross expat salary in Amsterdam (2022) as reported by PayScale Inc is €51,000. Likewise, Numbeo lists an average net salary (2022) in Amsterdam of €3,620 per month (equivalent of €64,000 per year). Note that the pool of salaries used to calculate both these figures is made up of expats with better-paid-than-average corporate jobs.

Mobile bank bunq can be opened in 5 minutes with just ID and a European address (no ‘BSN’ tax number needed). It offers a free 30 day trial and a raft of features including multiple IBANs and sub-accounts, instant notifications and no forex fees on payments.

The following table shows the approximate net monthly salary (nettoloon) you would receive for a corresponding gross annual salary (bruto salaris) which excludes the holiday bonus. As a rough rule of thumb, an extra €5,000 in annual earnings is equivalent to an extra €200-250 net monthly in your pocket.

Median Gross Salary by Occupation in The Netherlands

Elsevier-Berenschot publishes an annual Who Earns What (Wie Verdient Wat?) report in Dutch which gives a salary range in the Netherlands for over 250 job types. For reference, here are a selection of jobs and their gross annual median salaries from the June 2022 report:

*Eredivisie footballer salary for 2021-22 season is calculated using data from Capology. Note that an Ajax squad member earns an average of €1,235,600. If Ajax is excluded the average Eredivisie salary is €199,000.

Salary and Cost of Living in Amsterdam

According to comparative cost of living surveys for cities worldwide, Amsterdam has high level prices. In particular, private accommodation rental costs in the city have soared in recent years.

In addition, general prices in the Netherlands (like elsewhere) have also been rising significantly due to geopolitical inflationary policies.

How far your Dutch pay packet will take you depends on your housing cost and spending patterns. There can be a huge differences in outgoings between expats. For example:

• the single expat with a good corporate job who rents a nice apartment in the centre of Amsterdam and likes to live the high life.

• the expat couple who have a large mortgage on a house, have 2 kids attending an international school and run 2 cars.

• the international student who rents a room in a house, works part-time and enjoys going out.

• expats on lower incomes who have to learn to live the frugal Dutch way – cycling and using public transport, getting value from shopping, utilities and leisure activities.

• the international who comes to the Netherlands for a Dutch partner, who perhaps live together in (rent-controlled) social housing which reduces outgoings considerably and can leave more disposable income.

Whether you are lucky enough to have a secure, high paid job or have to hustle to make ends meet, we hope your living experience in Amsterdam will be a good one!

For more background on costs, see our Cost of Living in Amsterdam and Supermarket Prices in Amsterdam. 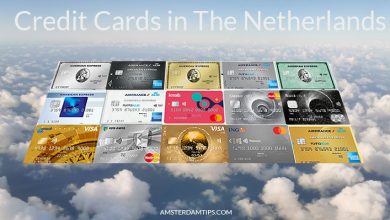 Credit Cards in the Netherlands 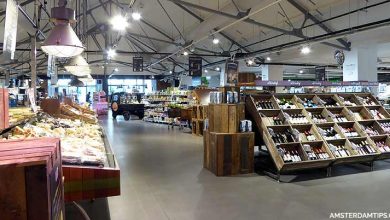 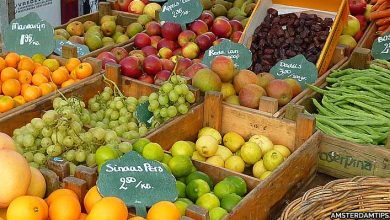 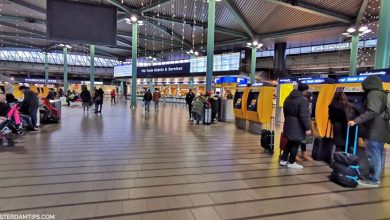 November 24, 2022
Social
About Us
Welcome! Since 2007, AmsterdamTips.com has been bringing up-to-date insider guides to Amsterdam, Netherlands from local experts - helping you to get more from your stay.
Categories
Back to top button
Close