Organic food has been easily available in Amsterdam, Netherlands over recent times. With the ever increasing popularity for healthy, clean food the demand for organic products has been growing.

This is a guide to buying organic food and products in Amsterdam. We will overview organic veg boxes, natural health-food stores and farmer’s markets in Amsterdam.

When buying organic food products you should look for the green EU farming organic logo.

There is also the Dutch EKO symbol which is granted by inspection-certification body SKAL (roughly equivalent to the Soil Association in the UK) and has stricter standards than the EU.

For bio-dynamic products there is the orange demeter symbol.

Natural food stores in the Netherlands stock a wide range of organic food and non-food products.

You can find fruits and vegetables, fish, meat and dairy, fair trade coffee and teas, breads, pastas and grains, gluten-free products, sweet items, drinks (including organic wines and beers) – in fact anything you need for a complete meal! They also sell household and personal care products as well.

Firstly, let’s take a look at organic fruit and veggie boxes which can be ordered on a weekly basis.

If you wish to have a regular organic (fruit and veg) package there is a national scheme run by an organisation called Odin.

You have the choice of the following weekly bag (tas) packages: 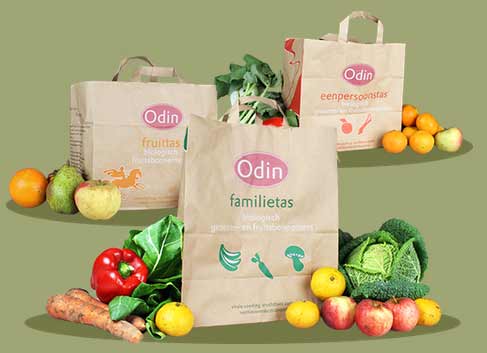 The fruit and veg is sourced either locally or for more variety from the Mediterranean – mainly Italy and Spain – which is transported by road and not by air.

The package can be ordered from any participating health food shop. You pick up the package weekly on a specific day and you always have to pay a week in advance. It is possible to skip week(s) if you are away on holiday.

If you live in the Netherlands then this scheme should be considered – you will be supporting local producers and smaller local shops – as well as eating healthy, quality organic produce on a seasonal basis. Pop into your local health store to order an Odin package – check Odin’s website (Dutch) – click “afhaalpunt” to find participating stores.

Odin also has a number of its own branded health stores (see further below).

There are weekly organic farmer’s markets (boerenmarkt) held in Amsterdam, with a pleasant, friendly atmosphere:

Zuidermrkt is a weekly market on Saturdays (0930-1700) in the small square on Jacob Obrechtstraat and Johannes Verhulststraat close to the Concertgebouw on Museumplein. You can find a good variety of products, much of which is sustainable and/or organic.

There is also a monthly market event in the Amsterdam area which specialises in organic, local, seasonal and artisanal food and drink. De Pure Markt takes place on a Sunday at 2 locations every month (except Jan/Feb) in the south of Amsterdam – at Frankendael Park and Amstel Park. Opening hours are 1100 to 1800. Some stalls sell organic produce.

See our What’s On in Amsterdam section for specific dates.

Odin has 20 organic food stores throughout Netherlands. The staff are friendly and they usually have good offers running on a weekly basis.

This is a chain of organic supermarkets which has 11 locations in Amsterdam. These large stores have a comprehensive assortment of organic products including fruit/veg, meats, bread, grains, drinks and also supplements and cosmetics. You can find good value items on sale weekly (offers run Wednesday to Tuesday). 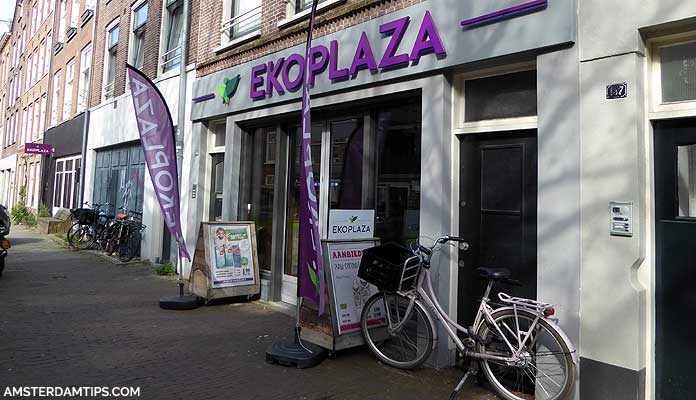 Marqt is a high-end supermarket which sells some organic goods. There are 10 locations in Amsterdam: 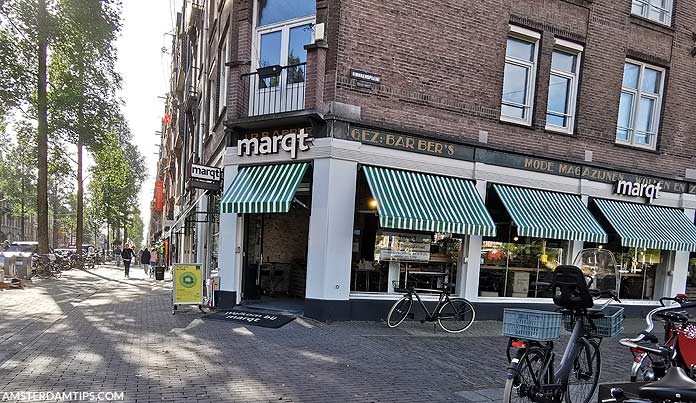 The stores are generally open daily with good opening hours. Please note – Marqt only accepts debit/credit card payments. Regrettably, they do not accept cash, part of the ever-creeping movement towards a cashless society.

Other Organic Stores in Amsterdam

Deshima Natural Food Shop is found at Weteringschans 65 (near Paradiso/Leidseplein) and specialises in organic, macrobiotic and vegan foods. Part of the Kushi Institute of Europe, it sells a wide variety of rice/noodles/cereals/grains/nuts, Japanese kitchenware plus a good selection of books. There is also a snack counter selling sushi, salads, sandwiches and soups.

Organic Food For You is an up-market health food store in Amsterdam located at Cornelis Schuytstraat 26/28 (off De Lairessestraat in Museum Quarter).

Delicious Food is a small family-owned bio store at Westerstraat 24 in the Jordaan district. It sells a variety of organic food and also focuses on reducing plastic waste by selling some items loosely. 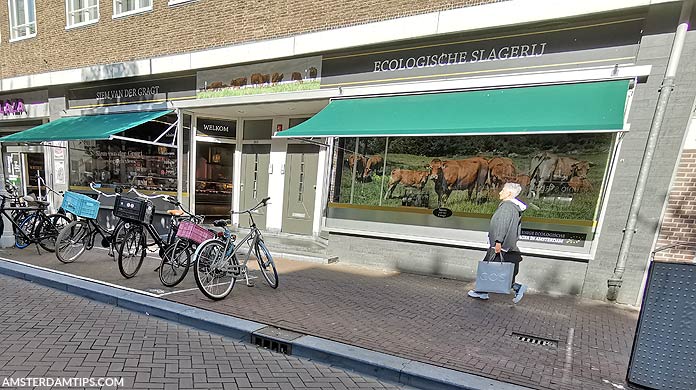 Major supermarkets in Amsterdam (such as Albert Heijn and Jumbo) sell a reasonable range of organic products.

Healthcare in the Netherlands

Multinational Companies in the Netherlands