The Jewish Museum (Joods Museum) is a museum focussed on Jewish religion, culture and history, particularly with respect to the Netherlands and Amsterdam. It was formerly known as the Jewish Historical Museum. Book your Jewish Cultural Quarter Amsterdam tickets here


It occupies 4 historic Ashkenazi synagogues near Waterlooplein within the old Jewish quarter of east Amsterdam.

The museum foundation was set up in 1930 to preserve Jewish heritage and to promote Jewish art. Originally on display at the Weighing House (Waag) on Nieuwmarkt, much of the museum’s collection was confiscated during WW2. It reopened its doors in 1955 and slowly expanded, moving over to the current location in 1987.

The museum’s permanent exhibition is housed between the 2 grand buildings – the Great Synagogue (1671) and the New Synagogue (1752).

Across the street lies the Portuguese Synagogue (1675) – also part of the so called Jewish Cultural Quarter.

You will enter the atmospheric Great Synagogue hall first at basement level – this space is used to explore the Jewish faith and traditions. Many Jewish ceremonial items are placed in context of the synagogue itself.

Heading upstairs is a section on the history of Jews in Netherlands between 1600 and 1900 – how the Jews arrived in the “tolerant” city of Amsterdam, what they did to make a living and the difficulties they faced.

Continuing on into the New Synagogue – with its striking central glass roof dome – is a display on the history of Jews in the Netherlands from 1900 to the present day including the volatile war period.

There are a number of items/artefacts on display – paintings and sculptures, ordinary everyday objects and personal items, Jewish commercial posters. You can find info on each display using the impressive multimedia display.

There are also various benches around the hall each with a screen showing different photos and films.

Be aware that the museum can only show some 5% of its collection – the rest is archived or occasionally lent out to other museums. Temporary exhibitions also run with a particular focus on Jewish artists or Jewish-themed art.

There is a Resource Centre with extensive book, video and press archive. It is open for visits with a valid entrance ticket Tue-Fri 1300-1700, by appointment only.

The museum has a café in the basement which sells “kosher-style” snacks including bagels and cakes. 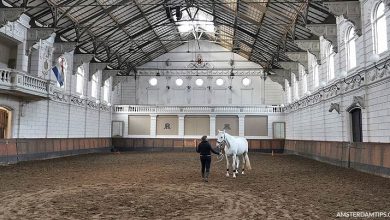 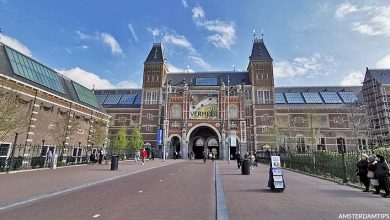 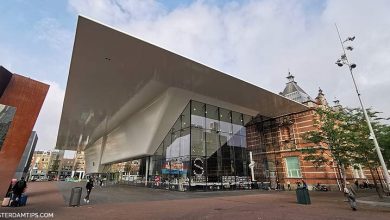