Cruises arrive and depart from the Passenger Terminal Amsterdam which is close to Amsterdam Central station and has easy access to the city centre.

The Passenger Terminal Amsterdam (PTA) was designed by architect Larry Malcic and opened in the year 2000. Its wave-like glass structure is a striking example of the modern architecture to be seen on the Amsterdam IJ waterfront.

As well as having handled around 4 million cruise passengers since opening, the multi-purpose building is also used for events and functions for up to 3,000 people.

Located on the Piet Heinkade road, the PTA is sandwiched between the Mövenpick hotel and the Piet Hein office building.

The PTA has a 600m long dock (depth 10m) on the northern side and has the size to host large cruise ships of up to 340m in length.

This modern facility has meant Amsterdam has become a popular stop-off on North Sea, Baltic and polar cruises and is served by many of the major cruise lines.

Amsterdam’s cruise terminal is located only 25km (13.5 nautical miles) from the North Sea. You can check out the sea cruise calendar here.

In and around the Passenger Terminal Amsterdam you will find a huge reception hall (3,000m² area), promenade and panorama decks, a Thinking of Holland souvenir shop, a coffee bar, a Subway sandwich outlet and a tourist information desk. There is free WiFi internet available.

A bike rental shop (Amsterbike) is outside at Piet Heinkade 25.

If you are looking for a nearby supermarket in Amsterdam to stock up on supplies, there are Albert Heijn branches either by walking east from PTA to Oostelijke Handelskade 1065 or by heading west past Amsterdam Central Station to Prins Hendrikkade 20.

Without doubt, the most convenient hotel for cruise passengers as mentioned is the high-rise Mövenpick Hotel, which is literally nextdoor to the Passenger Terminal Amsterdam.

It offers 408 stylish, well-appointed rooms (ranging in size from 26m² to 38m²). Those on the higher floors have great views of the IJ river, especially looking west back towards the city. Executive rooms on the 19th and 20th floors get lounge access included.

It is well rated by travellers and has a restaurant on-site. You can book the Mövenpick hotel here via Booking.com. 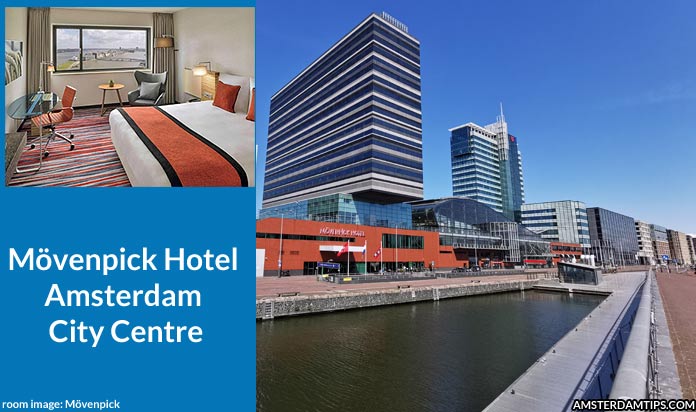 Another good hotel in the area is the well-rated Jakarta Amsterdam hotel which is located across the bridge on Java Island. It offers modern, stylish rooms and a light, airy interior decorated with tropical plants. 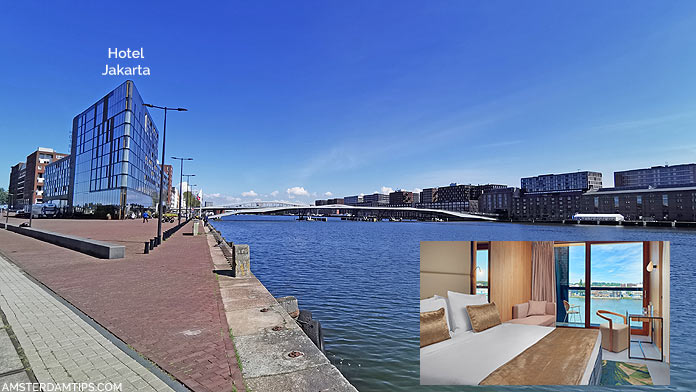 Other hotels to consider are the art-deco Grand Amrath (former Shipping House) and the modern DoubleTree by Hilton.

Amsterdam Central Station, the city’s main transport hub is only a short distance away from Amsterdam’s cruise port terminal. There are a number of options for getting to and from the station.

Walk: It’s an easy 10-15 minute walk along the Piet Heinkade road. As you come out of the PTA building you need to head right in a westerly direction.

Tram: GVB tram 26 runs to Amsterdam Central Station where you can change onto other Amsterdam trams and public transport. A standard 1 hour single costs €3.40, a 1 day ticket costs €9.00 – buy on board, payment by card only. You can also book GVB multi-day tickets online here for pick-up at the GVB service point at Amsterdam Central station.

Train: From Amsterdam Central Station there are regular trains running to Amsterdam Schiphol Airport. This journey takes around 15-20 minutes. Tickets cost €5.90 (2nd class) and €9.33 (1st class) including the €1 surcharge for buying a disposable ticket.

Taxi: A taxi to the airport will take 30-45 minutes and costs around €45-60. Amsterdam taxis can be pre-booked online with Sneleentaxi which uses reliable local firms.

Alternatively, taxi app Uber is present in Amsterdam with an UberX fare estimate of €38, Uber Comfort at €47 and UberBlack at €61.

It is possible to do various European river cruises from Amsterdam which travel through the Rhine and Danube and visit cities such as Cologne, Vienna, Bratislava and Budapest. The longest continue through Romania and Bulgaria and reach the Black Sea at Rousse.

This article was originally published in 2010 and has continuously been updated. Last update 9 January 2023. 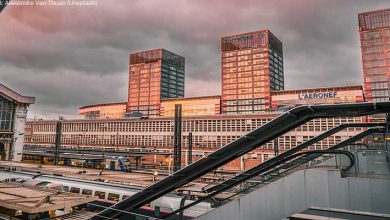 How To Travel Amsterdam to Lille 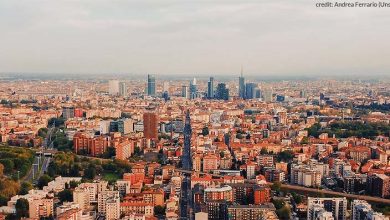 October 13, 2022
Social
About Us
Welcome! Since 2007, AmsterdamTips.com has been bringing up-to-date insider guides to Amsterdam, Netherlands from local experts - helping you to get more from your stay.
Categories
Back to top button
Close