The Van Eesteren Museum is a small museum located in the new-west of Amsterdam in a pavilion overlooking the Sloterplas lake. The museum is named after Cornelis van Eesteren (1897-1988), a well-known Dutch architect and urban planner.

Van Eesteren won the prestigious Prix De Rome in 1921 aged only 24 for his design of the Academy of Sciences, Literature and Arts in Amsterdam. He went on to work on the General Expansion Plan for Amsterdam which began after the Second World War to the west and south of the city.

He was also chairman of the International Congress for Modern Architecture (CIAM) between 1930 and 1947. He also collaborated with De Stijl founder Theo van Doesburg.

The Van Eesteren Museum originally opened in 2010 in an old school building in Slotermeer. In 2017 the museum moved to the specially-built pavilion building at the Sloterplas location. Van Eesteren had himself originally conceived a pavilion (paviljoen in Dutch) at this site.

The pavilion’s simple design is inspired by Scandinavian pavilions and houses from the 1950s and 1960s. The timber and glass structure is painted in a dark colour on the outside. The interior wood has been left untreated giving a natural feel and the space is flooded by daylight. You can read more here about the construction of the building.

The museum has a permanent exhibition about Van Eesteren’s legacy in Amsterdam and his concept of the Garden Cities (Tuinsteden) as independent neighbourhoods. The museum also holds regular temporary exhibitions.

In addition, the museum runs a couple of tours. The first is a walking tour of the Slotermeer district, starting at 1300 on Thu-Sun and lasting about 90 minutes.

The second is a tour of a 1950s Amsterdam home located on Freek Oxstraat in the New West. This can be done with a guide at 1430 (Thu-Sun) or independently by Dutch audio tour at 1230 (Fri/Sat). All tours start from the pavilion.

There is a small cafe and bookshop within the pavilion.

Do note, most signage and explanations in the pavilion are in Dutch. In terms of tours, the guide may be able to provide some English translations, although the museum cannot guarantee it.

Whilst the museum is a little off the usual tourist track, those interested in the architectural development of Amsterdam would perhaps find it worth visiting. You can also enjoy the views of the Sloterplas lake.

It is recommended to pre-book a ticket and timeslot. 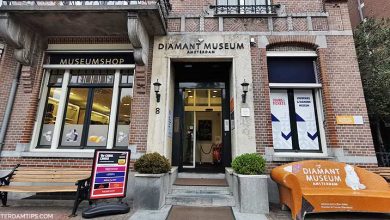 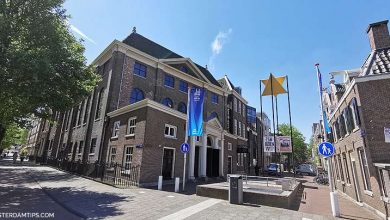 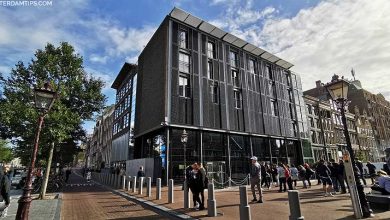 September 30, 2021
Social
About Us
Welcome! Since 2007, AmsterdamTips.com has been bringing up-to-date insider guides to Amsterdam, Netherlands from local experts - helping you to get more from your stay.
Categories
Back to top button
Close