The Tropenmuseum is one of Amsterdam’s most intriguing and impressive museums. Deriving from the Dutch colonial past, this ethnographic museum contains fascinating exhibitions on many non-Western cultures.

The museum is located in the Plantage neighbourhood of Amsterdam to the east of the city centre and close to Oosterpark. It is housed in a fine old building which dates from 1926.

The Tropenmuseum entrance foyer is located in the basement level (-1). The exhibitions themselves are spread over 3 levels (0/1/2) around the imposing Great Hall (Lichthal) which is the heart of the museum and used for events and activities.

Tropenmuseum has a rich collection of items from many exotic parts of the world. Prior to 2018 the museum exhibitions were mainly based on geographical region. The new presentations are curated more on universal themes that connect all people.

Level 0 now hosts 2 permanent exhibitions. Things That Matter is about personal objects related to social matters such as heritage and migration. What’s The Story looks at the history and development of the museum.

Tropenmuseum Junior (the oldest children’s museum in the Netherlands) is also found at level 0 and is hands-on facility for younger visitors.

Overall, the museum is brilliantly presented and its reconstructions of local environments give a real atmospheric flavour of life and history from around the world. Labelling is in both English and Dutch.

Level 0 hosts the museum shop and De Tropen café and restaurant which has a menu inspired by cultures from around the world.

Tropenmuseum is a magnificent museum and its slightly out-of-centre location in the east means it probably does not get the visitor numbers it deserves. In our opinion it’s one of Amsterdam’s hidden gems and well worth the visit.

Last updated 4 October 2021. This article was first published in 2010 and has been regularly updated. 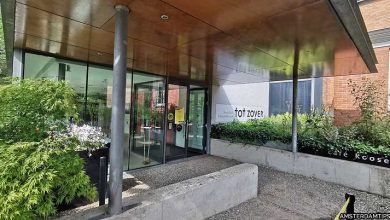 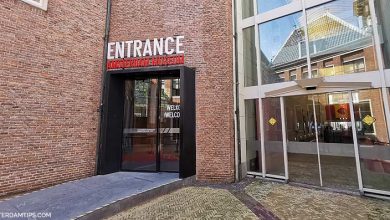 December 30, 2021
Social
About Us
Welcome! Since 2007, AmsterdamTips.com has been bringing up-to-date insider guides to Amsterdam, Netherlands from local experts - helping you to get more from your stay.
Categories
Back to top button
Close