Amsterdam has a number of railway lines and train stations operated by the Dutch national rail company NS (Nederlandse Spoorwegen).

Our exclusive map below details the basic rail and train station network around Amsterdam – which could be useful if you are not familiar with the city. For more detailed info on the stations themselves see Train stations in Amsterdam

Note that the Amsterdam Metro (run by GVB) is a separate network not shown on this map. Most of the main train stations also have an associated metro station – only Schiphol Airport, Muiderpoort, Science Park and Diemen are not on the metro network.

The metro allows direct links between some Amsterdam stations which would otherwise require a change of train when using the rail network. For example, the metro links Amstel to RAI; Zuid to Sloterdijk and Zuid to Central station.

Please check out our Metro Map of Amsterdam which includes both metro and train lines.Trains between Schiphol Airport and Amsterdam Central station run on the line via Amsterdam Lelylaan and Amsterdam Sloterdijk.

If you need to travel from Schiphol Airport to Amsterdam Zuid (business district), Amsterdam RAI (Convention and Exhibition Centre) or Bijlmer-ArenA (stadium/events area) you need to take the separate southern rail line.

Schiphol Airport is also a major rail hub with direct trains to many Dutch cities including Utrecht and Eindhoven, Leiden and Den Haag.

For more info on tickets see: How to buy a Dutch train ticket

This map and article was originally published in 2010 and has been regularly updated. Last update 24 May 2022. 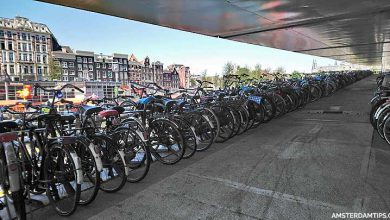 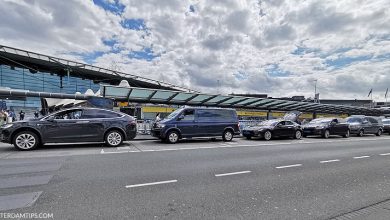 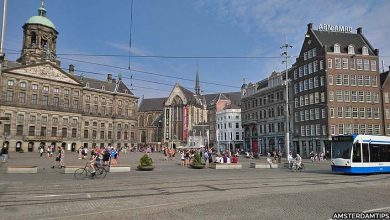 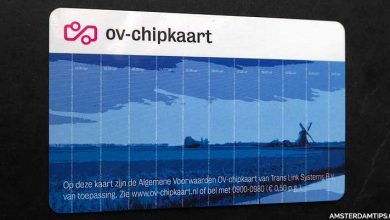 April 5, 2022
Social
About Us
Welcome! Since 2007, AmsterdamTips.com has been bringing up-to-date insider guides to Amsterdam, Netherlands from local experts - helping you to get more from your stay.
Categories
Back to top button
Close