Amsterdam has a wealth of diverse museums. In this article we list the top 15 museums in Amsterdam by visitor numbers.

With tourist numbers continuing to boom, the top Amsterdam museums attracted over 10 million visitors between them. The top 3 themselves (Rijksmusem, Van Gogh Museum and Anne Frank House) had over 6 million visits.

To manage visitor flow the Van Gogh Museum and Anne Frank House have moved to an online tickets-only system with pre-booked time slots. It is possible a few other museums will move over to such a system in the near future.

The visitor data is for the 2019 calendar year and has been sourced from the museums themselves, either via press releases or direct contact plus the official attraction visitor list published by Respons. Historical data comes from statistics published by the Amsterdam city council. 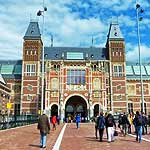 The Rijksmuseum is the most important museum in the Netherlands. Its rich collection includes paintings from renowned Dutch masters Rembrandt, Johannes Vermeer, Frans Hals and Jan Steen. It has some 80 rooms displaying no less than 8,000 works of art and historical objects.

The highlight is Rembrandt’s world-famous Night Watch (Nachtwacht) painting, located at the end of the Gallery of Honour. The painting is currently undergoing an open renovation project called Operation Nightwatch.

The Rijksmuseum saw a record 2.678 million visitors in 2019. This was made up of 1.7 million international visitors and 1 million Netherlands-based visitors. 475,000 of the visitors were children (aged 0-18) who get free entry.

Rijksmuseum has consistently achieved over 2 million annual visitors since 2013 and it remains the most visited museum in Amsterdam. It is possible to pre-book your Rijksmuseum tickets online here which avoids the need to queue at the ticket counter. 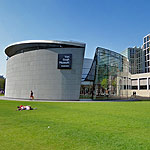 The Van Gogh Museum has the world’s largest collection of paintings from infamous Dutch artist Vincent Van Gogh (1853-1890). It is very popular with visitors to Amsterdam and the museum has had to impose time-slot restrictions for those wishing to enter. You can no longer turn up and buy tickets at-the-door.

The museum has a high proportion of international visitors (84%) compered to Dutch-based visitors (16%). Book your ticket online here to get a time slot 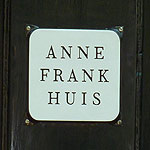 The Anne Frank House Museum is the house on Prinsengracht, Amsterdam in which the young girl Anne Frank (1929-1945) and seven others hid in a secret annex during the German occupation in WW2. It was here where Anne wrote her world-famous diary which was published after her death.

The Anne Frank House can only be visited with a pre-booked ticket and time-slot. This was imposed to stop the long queues commonly seen outside the museum.

The museum is pretty much at full capacity and 2019 was a record year with just over 1.3 million visitors. 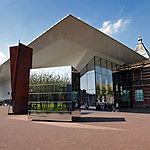 The Stedelijk Museum is a Amsterdam’s modern and contemporary art museum. The permanent installation STEDELIJK BASE contains over 700 varied works from the museum collection – including pre-war works, avant-garde, De Stijl and pop-art.

Stedelijk has consistently ranked the 4th most visited Amsterdam museum over the last few years. 2019 saw a slight drop in visitors and it now lies just slighly ahead of NEMO. Its record year was 2014 with around 811,000 visitors. You can book Stedelijk tickets online here 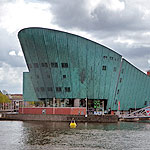 The NEMO Science Museum is a very popular science/technology museum located in green ship hull-like building designed by Renzo Piano. It is primarily aimed at children and attracts a lot of school groups.

There are hands-on science-themed exhibitions over 4 floors with shows and demonstrations. There is a large roof terrace (free entry) which offers good views.

Visitor numbers have generally been increasing steadily over the last years and 2019 saw a record 665,000 visitors. NEMO has almost caught up with the Stedelijk in 4th position. Pre-book NEMO tickets online here 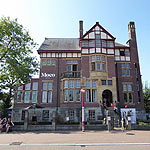 The MOCO Museum is an independent contemporary art museum opened in 2016. It is best known for featuring works of art by UK street artist Banksy. MOCO is located in the Villa Alsberg townhouse on Museumplein, nextdoor to the Van Gogh Museum.

In a short time the MOCO has established itself as a popular Amsterdam visitor attraction.

You can pre-book your MOCO Museum entry tickets here 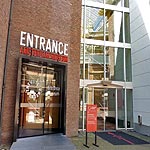 Amsterdam Museum is focussed on the history of Amsterdam from a small fishing village to modern city. The main display is the multi-media exhibit Amsterdam DNA. It also hosts various temporary exhibitions and the free Amsterdam Gallery.

Visitor numbers have grown considerably over the last few years although are down from 2018 record year. Amsterdam Museum also manages the Portrait Gallery of the 17th Century at the Hermitage which also received 150,000 visits in 2019. 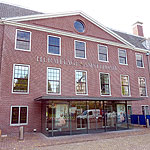 The Hermitage Amsterdam is a satellite exhibition from the vast collection of the grand State Hermitage in St Petersburg, Russia. This museum is located in the Amstelhof building (a former old people’s home) on the river Amstel.

Special exhibitions are held and run for about 6 months.

Visitor numbers were up in 2019 as the museum celebrated its 10th anniversary with 2 jubilee exhibitions – Treasury! and Jewels! It is someway off the record 650,000 visits in 2010. 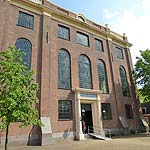 The Jewish Cultural Quarter comprises the Jewish Historical Museum (117,000 visitors), the Portuguese Synagogue (101,000), Holocaust Museum (67,000) and Hollandsche Schouwburg (74,000). At 359,000 combined visitors, numbers are slightly lower than the 2018 record year. All locations can be visited on one ticket.

Note, in 2020 the Holocaust Museum and Hollandsche Schouwburg will be closed down for a lengthy renovation. 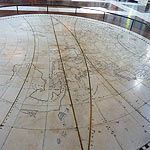 The Royal Palace Amsterdam (Koninklijk Paleis) is the palace building on Dam Square which was built as Amsterdam Town Hall in the 17th century.

The palace is open to the public and its remarkable 30m high Citizen’s Hall (Burgerzaal) contains the largest maps in the world. 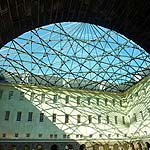 The Dutch National Maritime Museum (Scheepvaartmuseum) is found in the eastern docklands area of Amsterdam. This modern museum presents Dutch maritime history and includes the probably the world’s finest collection of atlases and globes.

The wings of the museum are connected by a courtyard with a beautiful glass roof. 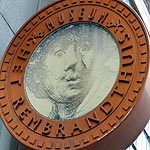 The Rembrandt House Museum is the house in Amsterdam where renowned Dutch painter Rembrandt van Rijn (1606-1669) lived and worked.

It contains an excellent collection of Rembrandt etchings and holds temporary exhibitions of other Dutch artists from the Golden Age period.

The Rembrandt House has seen visitor numbers growing slowly over the last years, with a record 280,000 visitors in 2019. Pre-book your Rembrandt House tickets online here 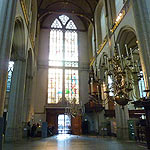 The Nieuwe Kerk (New Church) is the main church in Amsterdam located on Dam Square in the heart of the city. It is used for state functions and is an exhibition space hosting a major exhibition in the autumn/winter as well as the annual World Press Photo in early summer.

The year included the popular exhibitions The life of Buddha, the Path to the Present (early 2019) and The Great Suriname Exhibition (late 2019). 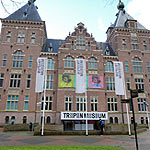 The Tropenmuseum is an ethnographic museum with exhibits on many non-Western cultures around the world.

Located to the east of Amsterdam (out of the centre), it is an underrated museum that perhaps does not get the visitors it deserves. 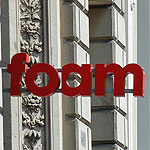 FOAM is a popular photography museum in Amsterdam located on the Keizersgracht canal and runs multiple temporary exhibitions over the course of the year.

Let’s also have a look at some other attractions in Amsterdam which receive sufficient visitor numbers that would have made the listing.

Artis Amsterdam Royal Zoo+Micropia received 1.400 million visitors combined in 2019 which would place it number 3 on our museums list.

The Heineken Brewery received 1.184 million visitors in 2019 which would also place it in the top 5.

The A’DAM Toren Lookout, the highest panoramic public viewpoint in Amsterdam on the north bank of the IJ had 791,000 visitors in 2019. This puts it well ahead of 4th placed Stedelijk.

Visitor numbers in 2020 will be severely affected by the reaction to the coronavirus situation. Museums were closed from 13 March to 1 June 2020. From then visitor numbers are being limited to observe social distancing protocols.