Cologne (Köln) is a major city in Germany and is located in the North Rhine-Westphalia region. It is around 230km south-east in distance from Amsterdam and is known as Keulen in Dutch.


Are you looking to travel between Amsterdam and Cologne? Let’s consider the transport options between the 2 cities by train and bus.

The best way to travel between Amsterdam and Cologne is by rail. Travel by train gives you centre-to-centre convenience, no check-in or security lines and a regular direct train service. It can be easily booked using the NS International site with prices starting at just €19 one-way.

Cologne Central Station (Köln Hauptbahnhof) is next to the imposing Cologne cathedral (Kölner Dom) and close to the banks of the river Rhine.

The ICE train makes stops in Utrecht and Arnhem in the Netherlands then crosses the Dutch-German border at Emmerich. On the German side it stops at Oberhausen, Duisburg and Dusseldorf before arriving in Cologne. It continues onward to Frankfurt.

The cheapest one-way ticket price for Amsterdam-Cologne in 2nd class is just €19. This is the Supersparpreis Europa fare which is only valid on the particular departure time selected and is non-changeable/non-refundable. It can be easily found if booking 2-6 months in advance.

There are more flexible fares available. The Sparpreis Europa fare from €23 one-way is changeable/refundable for a fee and includes a City ticket for Cologne public transport. The fully-flexible Flexpreis fare starts from €62 one-way and also includes the City ticket component.

Fares will be higher if you are booking at shorter notice.

1st class Amsterdam-Cologne one-way fares start from as low as €34 (non-changeable), €38 (changeable/refundable for a fee) and from €99 (full-flex), respectively.

2nd class fares do not include a reserved seat on the ICE. You can reserve a seat for €4 per person for each one-way trip. It is not obligatory to make a seat reservation, however it can be worthwhile if the train is busy. ICE seats are in a 2-2 configuration.

With reasonable prices, a quick journey time, comfort and convenience we highly recommend the ICE train for travel between Amsterdam and Cologne.

How to book online: Amsterdam-Cologne train tickets can be booked at the NS International site. By booking online you avoid any booking fees charged at the international service desks at stations.

When searching for trains try to stick with the direct ICE trains which require no changes. There are other longer options such as Amsterdam-Brussels-Cologne by Thalys/ICE trains or taking Intercity/regional trains with various changes.

Also note that Flixbus operates a FlixTrain rail service between Dusseldorf and Cologne. When searching for Amsterdam-Cologne fares this train component may be offered as a connection.

One way Flixbus fares for Amsterdam-Cologne start from around €13.

Czech bus operator RegioJet has a daily bus service between Amsterdam Sloterdijk and Prague which makes a stop at Cologne-Bonn airport. The journey time is around 5-6 hours and one-way fares start at €13.

There are no direct flights between Amsterdam Schiphol Airport (AMS) and Cologne-Bonn airport (CGN).

In Cologne you can book your hotel with Booking.com here. For a selection of tours and attractions in Cologne book with GetYourGuide here

The KölnCard (24 or 48 hours) gives free public transport to a single traveller or a group of up to 5. It also includes some discounts to various attractions. You can book your KölnCard online here 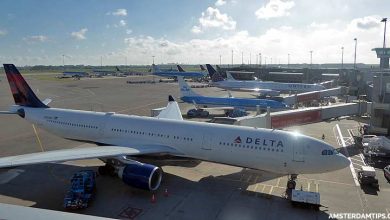 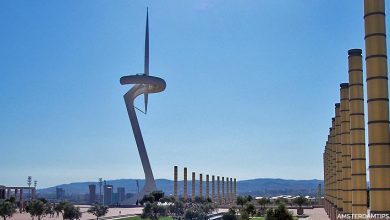 May 25, 2022
Social
About Us
Welcome! Since 2007, AmsterdamTips.com has been bringing up-to-date insider guides to Amsterdam, Netherlands from local experts - helping you to get more from your stay.
Categories
Back to top button
Close