Lille is a principal city in northern France and lies around 220km south-west in distance from Amsterdam. Lille is known as Rijsel in Dutch.

Are you looking to travel between Amsterdam and Lille? Let’s consider the transport options between the 2 cities by train and bus.

There are currently no direct train services between Amsterdam and Lille. You will need to make a change in Belgium at either Brussels or Antwerp. On this route there is the choice of using high-speed trains or taking the slightly slower Intercity services – in multiple combinations.

The Amsterdam-Brussels portion of the trip can be made by Thalys (14x daily), Eurostar (up to 3x daily) or the hourly Intercity Brussels train. 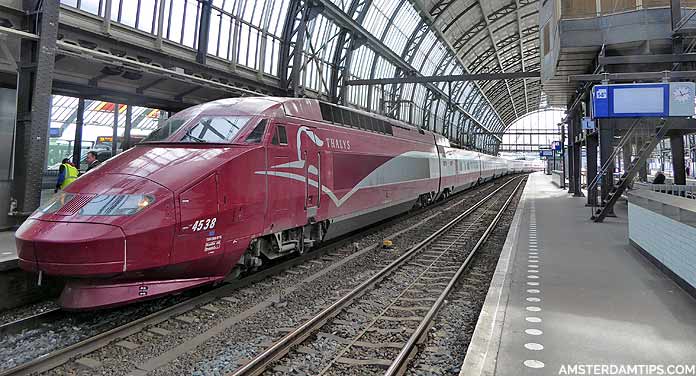 Brussels-Lille can be made quickly (35 minutes) by TGV or Eurostar which operate regularly through the day. High speed trains arrive/depart at the Lille Europe station.

An alternative route is to travel Amsterdam-Antwerp by Thalys, Eurostar or Intercity Brussels and then take a Belgian Intercity train to Lille Flandres station. The Antwerp-Lille trip via Gent and Kortrijk takes just over 2 hours. 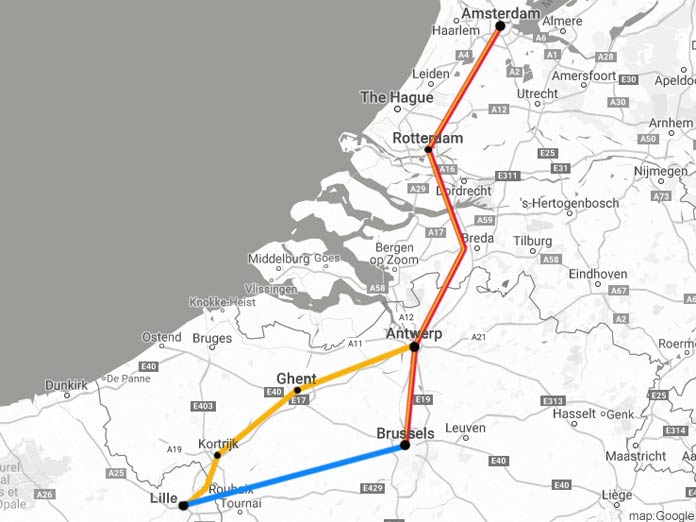 The total Amsterdam-Lille rail journey time varies between 2 hours 40 mins and 4 hours 30 mins depending on trains taken and connection times.

Holders of Dutch Railways NS discount cards receive a slight fare reduction off the standard Intercity fare for the Netherlands segment of travel.

The 2 stations in Lille are located about 400m apart. Gare de Lille Europe handles mainly high speed rail services whilst Gare de Lille Flandres has more Intercity and provincial lines. It is easy to walk between the 2 stations – via the large Euralille shopping centre. 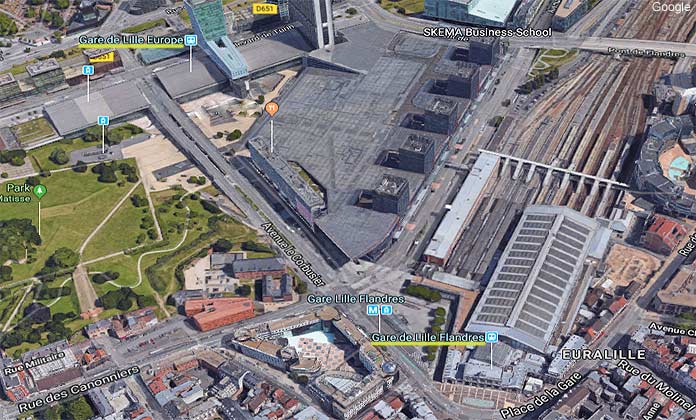 As Belgium, France and the Netherlands are members of the Schengen Zone agreement you do not need to go through a passport control check when travelling between Amsterdam and Lille. However we have experienced French border agents coming on to the Intercity train before arrival in Lille Flandres.

How to book train tickets online: Amsterdam-Lille rail tickets can be easily booked at the NS International site – various combinations of Intercity and high-speed trains are available.

The coach is a cheap and convenient way to travel between Amsterdam and Lille. There are 3 bus companies which operate Amsterdam-Lille services and travel times can be as fast as 3 hours 30 mins.

The main coach stop at Lille is located on Boulevard de Turin, directly outside of Lille Europe train station.

The Amsterdam-Lille coach journey with Flixbus takes an average of about 5 hours and singles start from just €5.

OUIBUS (a subsidiary of SNCF French Railways) operates a twice daily service between Amsterdam Sloterdijk and Lille. Journey times range from 3 hours 30 mins to 4 hours and one-way fares start at €10.

Eurolines operates up to 2-4x daily coaches from Amsterdam Duivendrecht to Lille. The direct trip can take from 3hours 30mins to 7 hours depending on service. Singles start at €11.

If you are on a tight budget then the coach is probably the best way to travel Amsterdam-Lille.

Note, there are no flights between Amsterdam (AMS) and Lille (LIL).